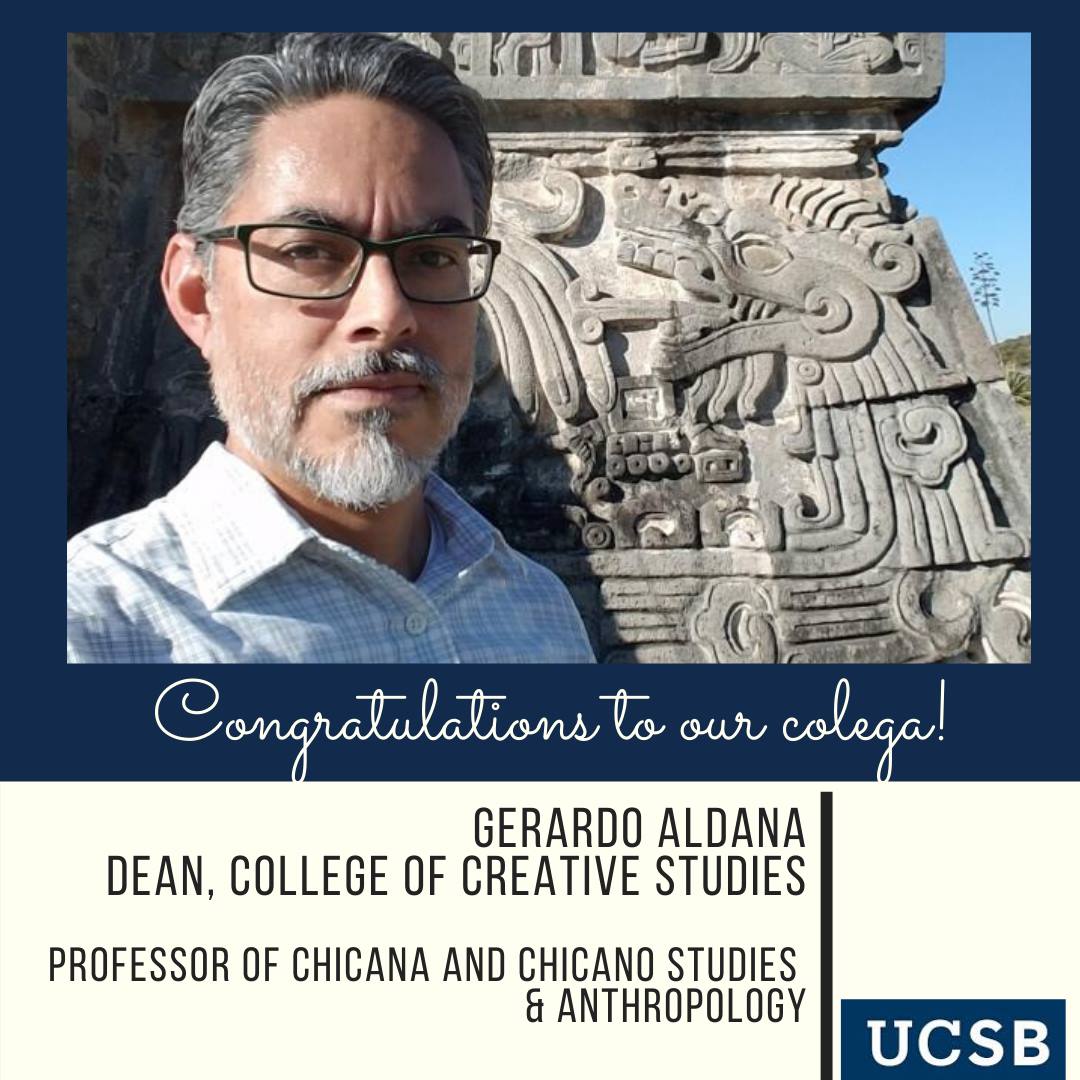 Chancellor Henry T. Yang announced on May 29th, 2020 the appointment of Dr. Gerardo Aldana as the next Dean of the College of Creative Studies (CCS). "We are tremendously excited about the vision, experience, and dynamic leadership that Professor Aldana brings to the position of CCS Dean," said Chancellor Henry Yang.

Professor Aldana is one of our professors within the Department of Chicana/o Studies, as well as as professor in the Department of Anthropology. He holds a B. S. in Mechanical Engineering from UC Berkeley, an M. S. in Mechanical Engineering in UC Irvine, an A. M. and a Ph. D. in the History of Science from Harvard University. He joined UC Santa Barbara following a postdoctoral fellowship at teh Archaeological Research Institute of Arizona State University. His area of research specialization is histories and philosophies of indigenous Mayan sciences, both ancient and contemporary.

Professor Aldana holds an extensive record of service to UCSB and the UC system which includes being the Department Chair for the Chicana/o Studies Department from 2016 to 2019, and as Interim Director of the Chicano Studies Institute. He also chairs the Academic Senate Undergraduate Council and the Committee on Undergraduate Student Affairs, serves as co-advisor for Mathematics, Engineering, Science Achifdsgnt (MESA), and participates in the University-wide Committee on Educational Policy (UCEP) at UCOP.

Professor Aldana's appointment as Dean of CCS will begin on July 1st, 2020.